Some appear in the first three pics: the disruption of a schoolday by lots of cars full of officials arriving, with everyone rushing to ‘make nice’; the intrusion into schooltime with the teachers feeling they have to socialise with the officials while the children do no learning; the distraction during classes by the Visitors.

Other images show the various types of schools found there. Some are humbler than others, all can be well-run. 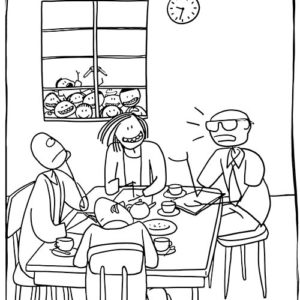