THIS MALL HAS THINGS TO DIE FOR… AND THEY MIGHT HAVE TO.

THIS MALL HAS THINGS TO DIE FOR… AND THEY MIGHT HAVE TO.

THERE ARE THINGS TO DIE FOR… AND THEY MIGHT HAVE TO.

In a post-human world, a genius dragonfly rebuilds herself and then makes (and remakes) new friends. Because she can.

A small taster of the story:

A DNA SmartBomb reduces all humans to piles of ash. So, other creatures take over. Some mutate, like SCRIBBLE, a tailless squirrel who joins the mutant community at the Old Zoo as a toddler with his pet, MONTY the monkey-moth. His vanity makes him a target when he hides his butt in a homemade wheelchair and performs circus tricks for his oblivious crush, AQUA VELVET. Loyal Monty calls an inventive dragonfly, DRAKANICA, who offers to ‘fix’ Scribble at her mall, but he refuses. Then his wheelchair disappears while he’s in the loo. So he relents and joins Drakanica. And the Mall is heaven on earth. Even his missing owl buddy is there, now named COGS with a new brain. In ecstasy, Scribble dances along a shelf, only to fall, twisting his ankle, which confines him to his couch. He grows fatter and sadder.

So Drakanica invents a pedalocopter to mobilise him, without success. She fixes a laundry iron which leaps into life as Sheena Orion and assumes control immediately. She needs a jester – Scribble will do, with an attitude adjustment. When Scribble self-medicates his broken heart in the pharmacy, Sheena sees her chance to do a lobotomy… Scribble starts out fighting for the acceptance he lacks for himself. His fellow inmates are more than fine with their ‘defects’ and call out his vanity. He becomes ’Buttey-Cup’.

Aqua is kind, but oblivious to Scribble and his increasingly strenuous circus tricks. She plaits her ear-hair and grooms her friends, making our foolhardy hero try even more risky stunts, to no avail… A discreet visit from Monty alerts Drakanica to the potential that lurks in Scribble’s issues.

Unobtrusive and well-connected, the trusty monkey-moth had already enabled the enigmatic genius in her faraway mall to reboot a little owl’s brain. (See COGS)

With the mental capacity of NASA, the lonely dragonfly in her mall is driven to perfect the imperfect in her hi-tech lab, including herself.  She ends up creating the perfect monster as well, but hey ho. We all make mistakes, even Drakanica. The brilliant Drakanica outdoes even herself, creating SHEENA ORION… Unencumbered by a soul, Sheena mows down all opposition. It helps that she’s oblivious to anyone’s feelings unless she’s using them to manipulate her victims in order to rule at all cost.

Cogs’ new brain creates a new self as overbearing as he is tiny, except when he removes his itchy brain chips and forgets to replace them. This leads to several comical moments in the story, when he’s a lost owl. Sheena Orion with her Barbie fist in a golden gauntlet, rules The Mall by force. Aqua Velvet rules by consensus at the Old Zoo, and brings new life to whatever she touches – even the Mall, eventually. Bringing Aqua there was Scribble’s best idea, ever — except for becoming a hero, leading a mutant army, and co-ruling Xanadu Farm (The Mall’s new name) with Aqua.

The Mall, as Scribble first experiences it, is a glittering shrine to materialism, a sharp contrast to the Old Zoo where creativity runs free, little ones play and birds sing.

There is the raucous music the mutants play on dented instruments, some of which are still buried in the grass since that night of the DNA SMartBomb… While the crowd was still settling in, they thought the Blast was a thunderous rumbling from the drums as the musicians tuned up. It wasn’t. Now their ashes are long gone, but their heirlooms remain, and the mutants use what they have found to create comfort in new ways.

Whereas The Mall, a sterile palace lacking nothing but life, is a monument to human skill and wealth. The stores burst with variety in vast splendour, with just the occasional movement from the mice digging into the supermarket food. Cogs likes the mice. Drakanica is usually in her state-of-the-art workshop, the stuff of any scientist or surgeon’s dream. Self-cleaning rooftop solar pods keep everything humming and shining 24 hours a day. The ‘Off’ switch is inaccessible. Scribble drapes the plastic trees with diamonds like dewy spider-webs and pays tribute to the store mannequin ‘monuments’ with plastic wreaths at their feet.

These two worlds and their inhabitants could be rendered in 3D animation rendered to look 2D, i.e. with outlines. Because it is 3D-based, it could later evolve into VR and allowing virtual shopping in the supermarket and other stores, even the farmers’ market. Orders could go off by drone. After CoVid 19, this possibility is closer. And now, with the advent of the Metaverse, the possibilities increase even more.

‘Mutants at The Mall’ is rich in Sci-Fi/Fantasy, Humour, Wildlife and Animals, Action/Adventure and Music – it’s almost Frankenstein for kids, appealing to the family audiences who like Hotel Transylvania, The Adams Family, A Series of Unfortunate Events and Fern Gully.

As a vehicle for inclusivity, this story emphasises that normal is a broad river, but we can use what we have, to get what we want. Bullies can produce future bullies or heroes defending underdogs, and collaboration will always succeed over competition. For me, having lived my whole life being ‘different’, trying to fit in is an old story.

Time for something new, now. 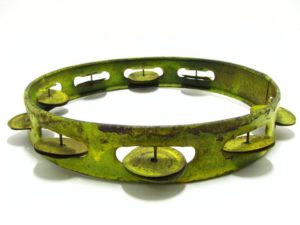 Earth as we know her, could quickly or gradually rid herself of humans as a dog shakes off troublesome fleas. In this story, humans have finally done away with themselves with their DNA SmartWeapons leaving other life-forms intact, as well as buildings and technology. Most of these carry on because of sustainable energy resources, especially solar power.(Yes, it’s quite far into the future…)

Self-cleaning solar panels are now available and I believe The Mall could carry on as it does in this story, more or less indefinitely, if it wasn’t for the lack of human technicians to maintain infrastructure.

And Cogs’ new brain isn’t that far-fetched anymore either:

Basic premise of the story:

Self-acceptance is the major theme; everyone has their limits, faults and strengths, everyone’s different.

We need each other. Our relationships with others are more important than things and surface appearances.  The little group is surrounded by things, more than they’ll ever need, but with their various weaknesses and strengths, they are dependent on each other.

Handicaps and injuries are a fact of life. Often, the most dangerous handicaps are invisible.

Ecology:
How will it be when nature can once again take over? A hard look at the legacy of the humans.|